We had an exciting kick-off to our final week of camp today: some yoga to get us limbered up for the coming week of games, our Summer Rec Sidewalk Chalk Photo Contest, as well as an epic couple of games of capture the flag!

We started the day with some kid yoga–a few campers were a bit unsure about doing yoga, and a couple of them seemed to be old pros, but we tried to make it a great experience for everyone. We talked about why people do yoga and what kinds of benefits it can provide, then got into a series of animal poses. We hissed in Snake, stretched our necks in Giraffe, and did our best to keep our balance in Flamingo. Even if a few campers were hesitant at first, we all laughed and had a good time trying it out! Here is a link to a bunch of poses you can try out at home, as well as a cool looking book series of yoga for kids. 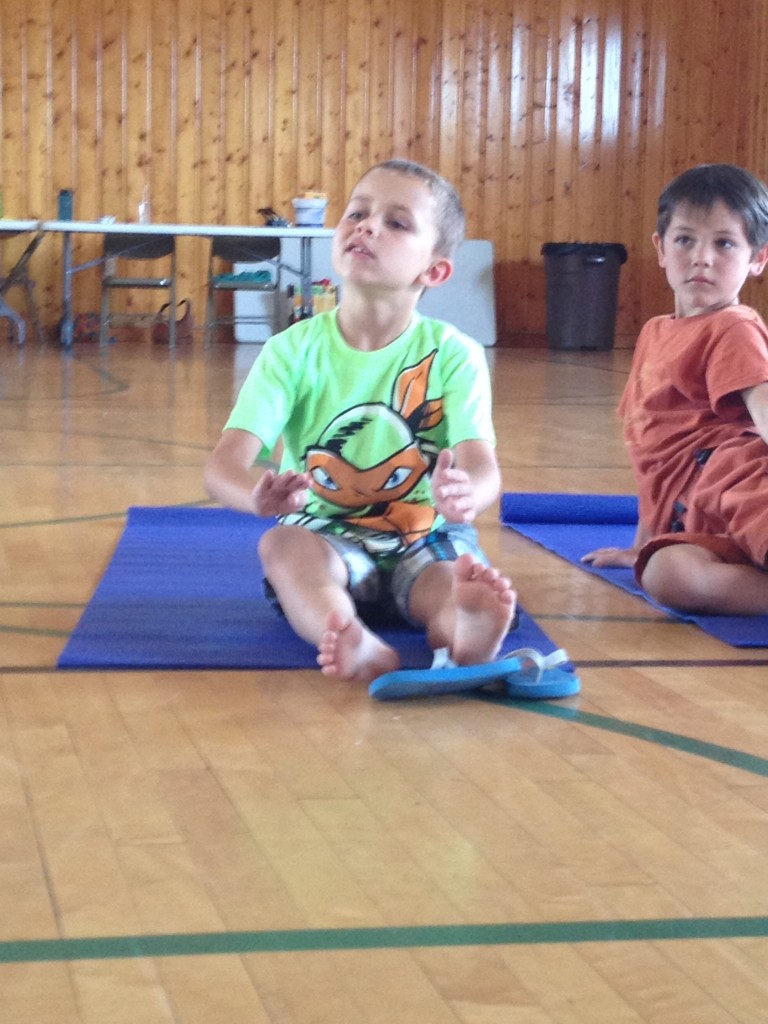 Jayden demonstrating some poses and Kaito stretching out in the back

Taylor and Brady getting ready to go

Once we were all stretched out, we headed outside to make some chalk creations. We asked the campers to depict their favorite parts of Summer Rec, or summer in general, in chalk–the only catch was that they had to include their own bodies in the image! Kool-Aid seemed to be a running theme, but a few campers got a bit more creative. Check out the results below and please vote for your favorite image in the comments! 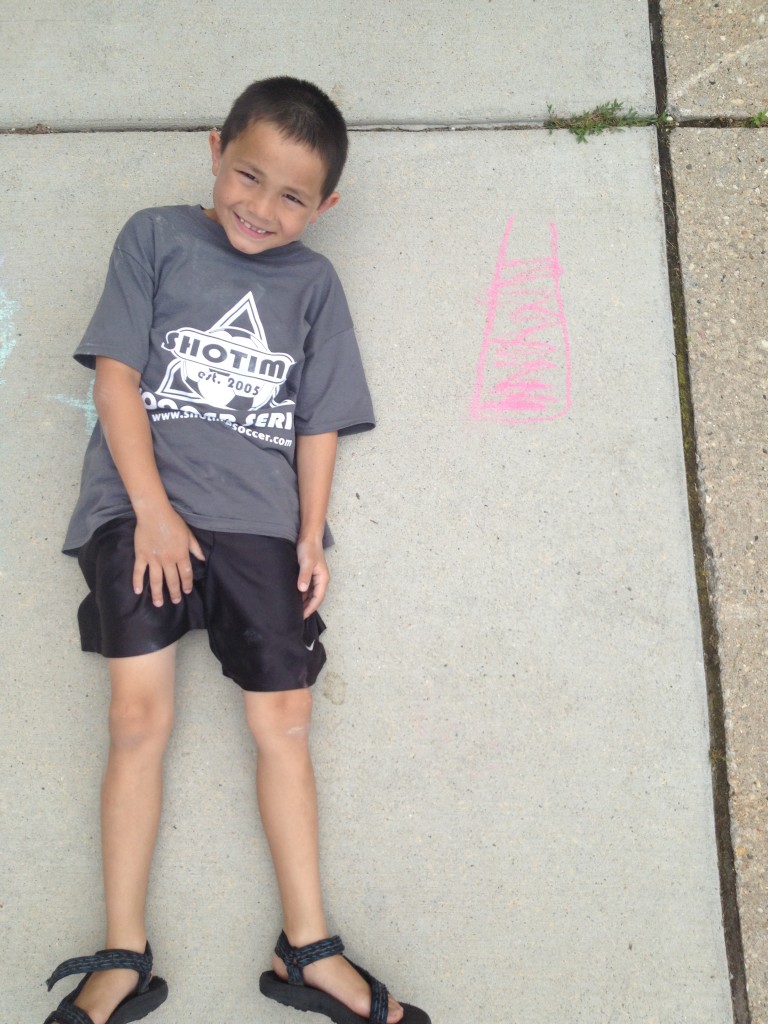 Israel posing with his Kool-Aid 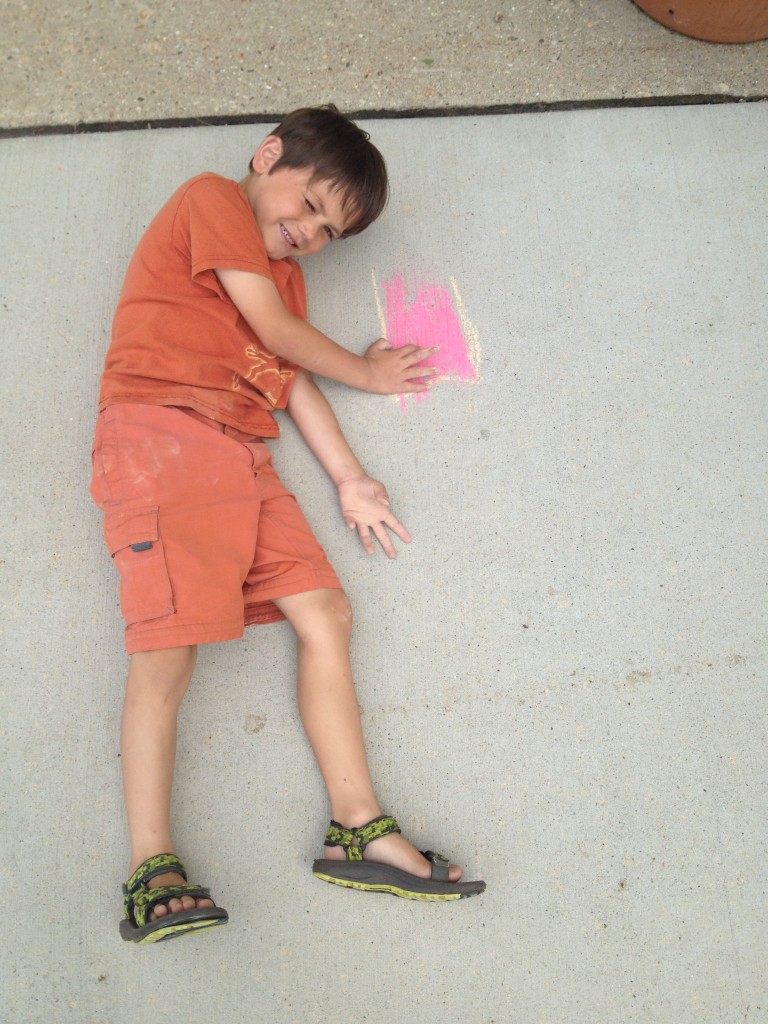 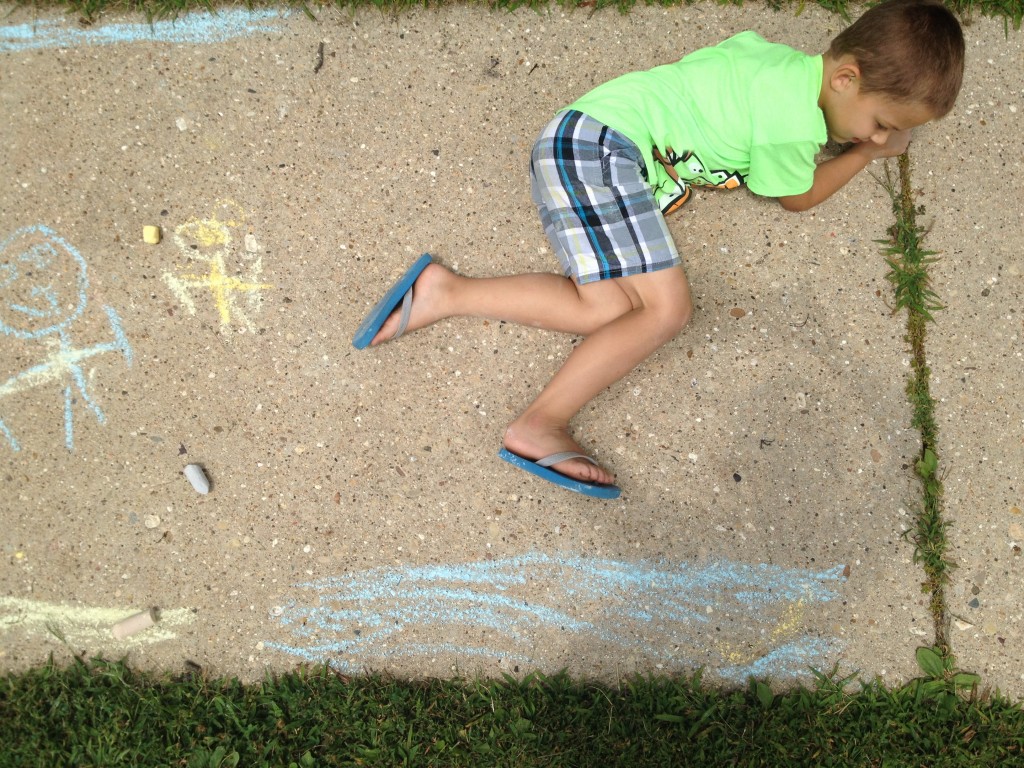 Jayden running from the taggers! 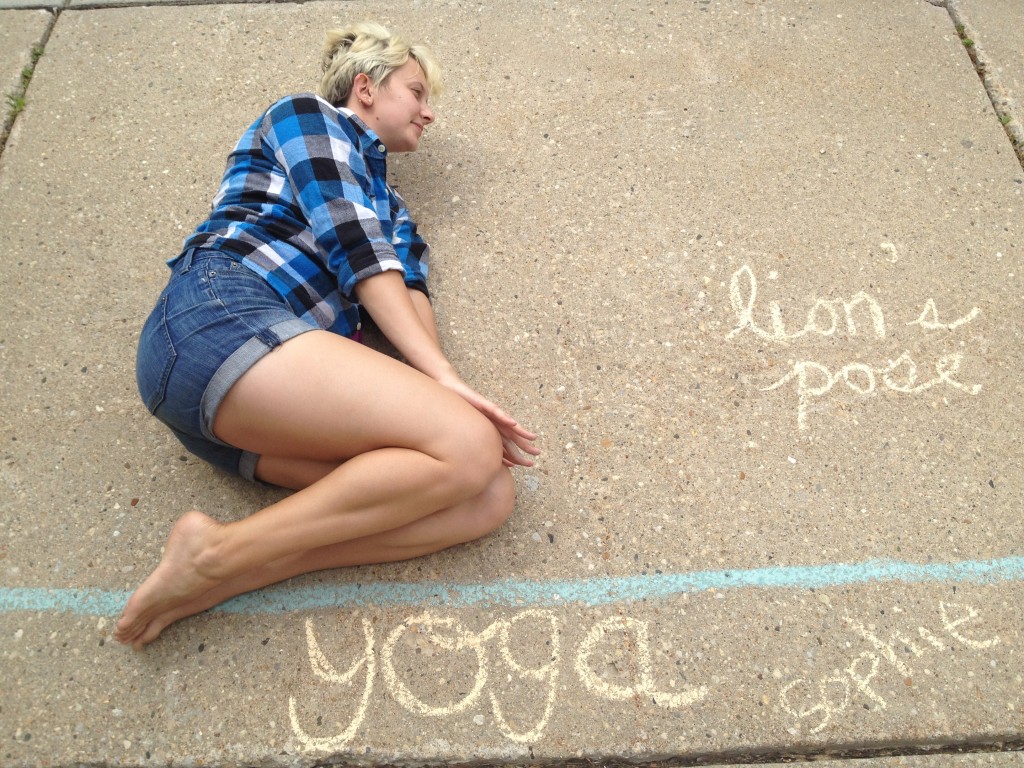 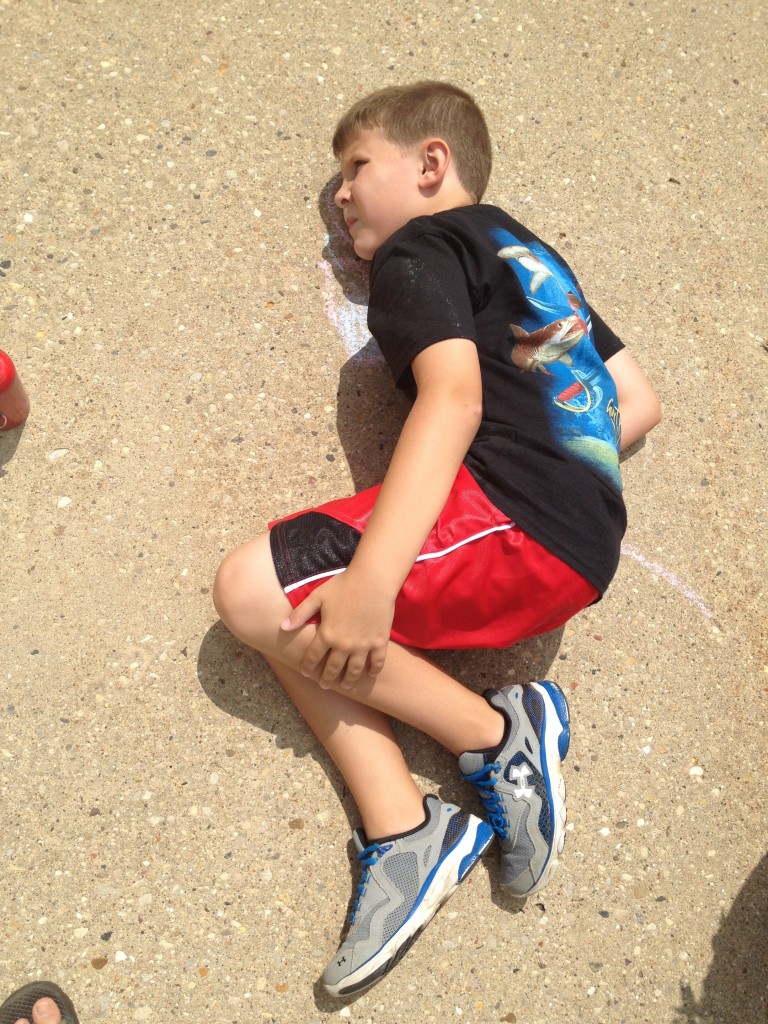 Brady sipping from a straw 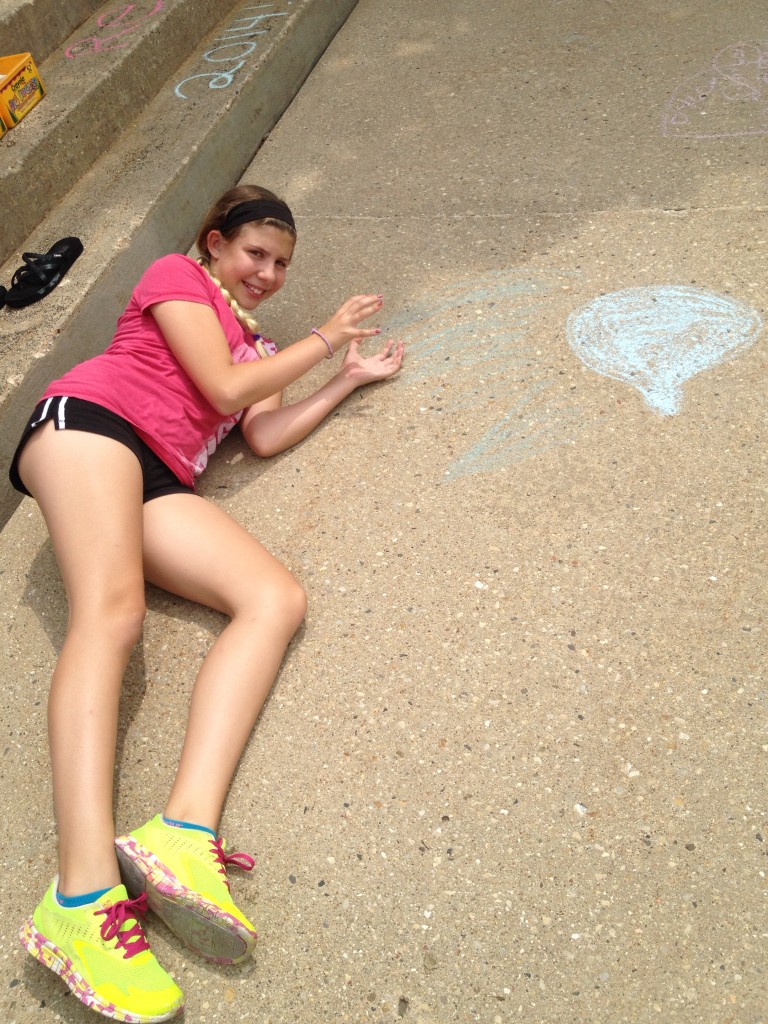 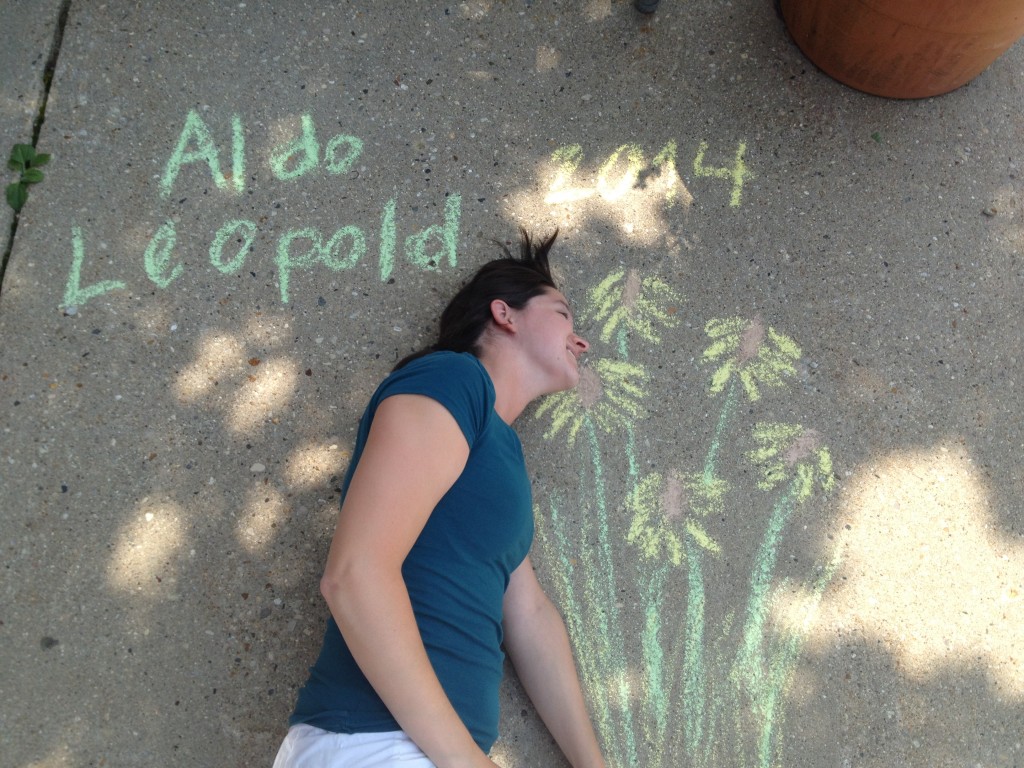 Lauren smelling the flowers at the Aldo Leopold Nature Center 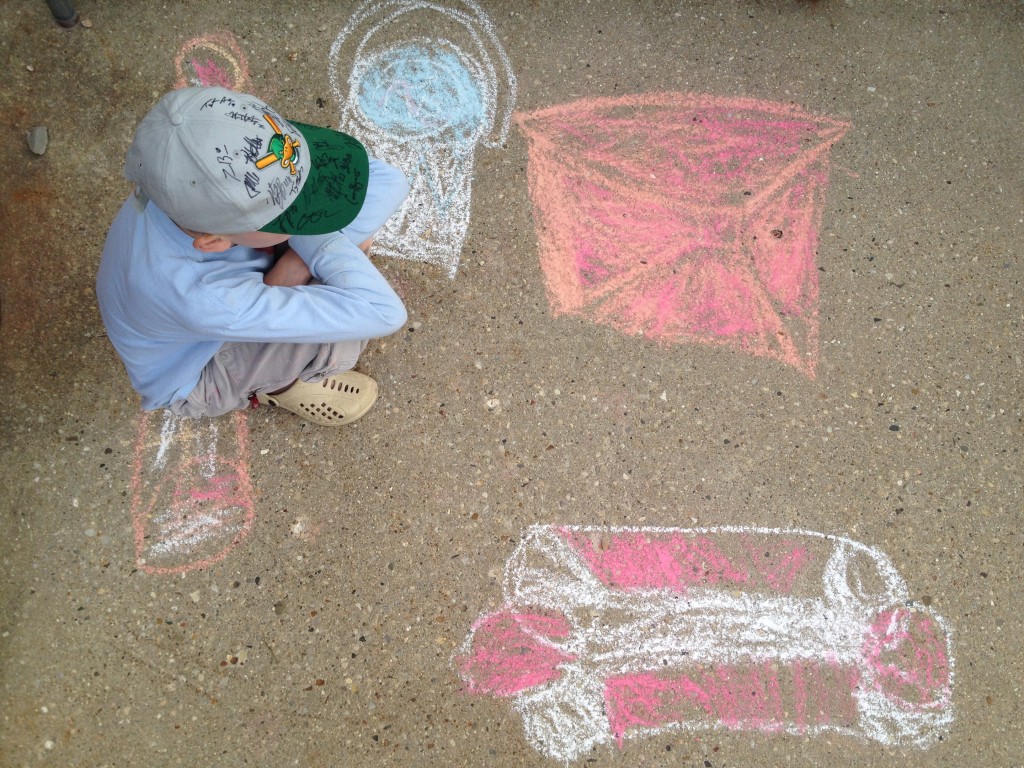 After we got all of the chalk washed off our hands, we headed over to the park and decided to play Capture the Flag. The game was a HUGE hit with the campers during the second week of camp when we played Capture the American Flag, so we decided to bring it back for Summer Rec Olympics. As soon as the campers knew that Capture the Flag was in the plan, they BEGGED us to play! We had one very long round before taking a snack break, then played another fairly long round. By the time we were done, it was already time to head home! We didn’t even get to our Torch Relay, although we did talk briefly about the torch and the Opening Ceremonies of the Olympics. 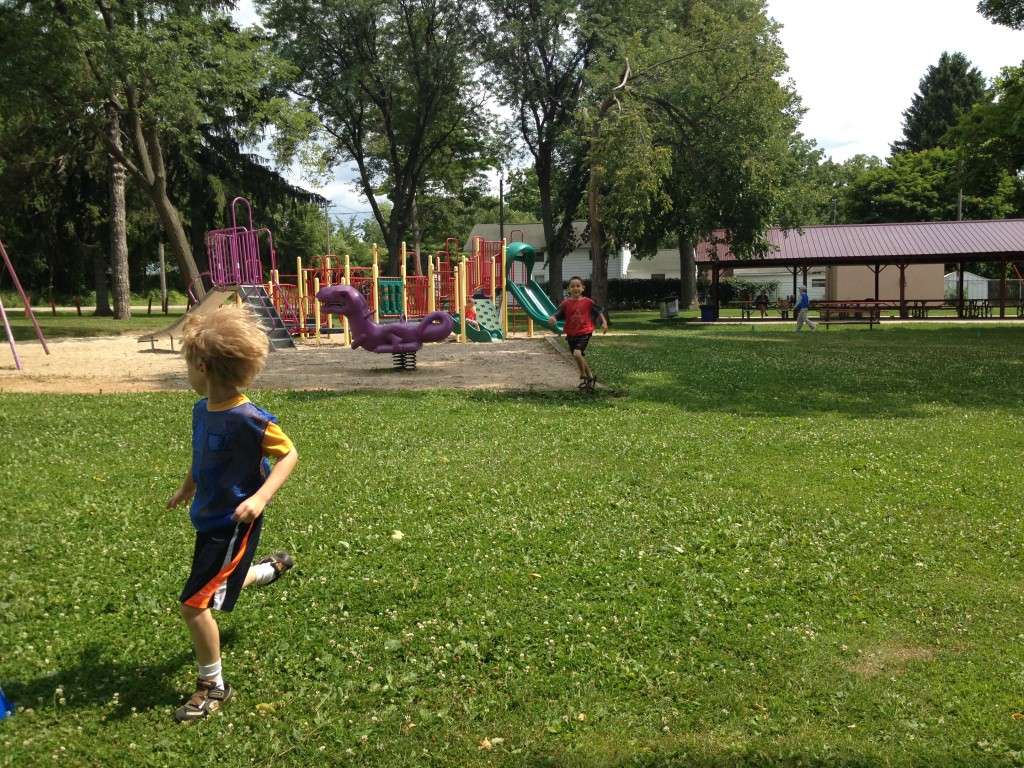 Dylan making a run for it!

Israel making sure he doesn’t get tagged by Kaito

A couple reminders for this last week of camp:

We are looking forward to another fun-filled day tomorrow. See you then! 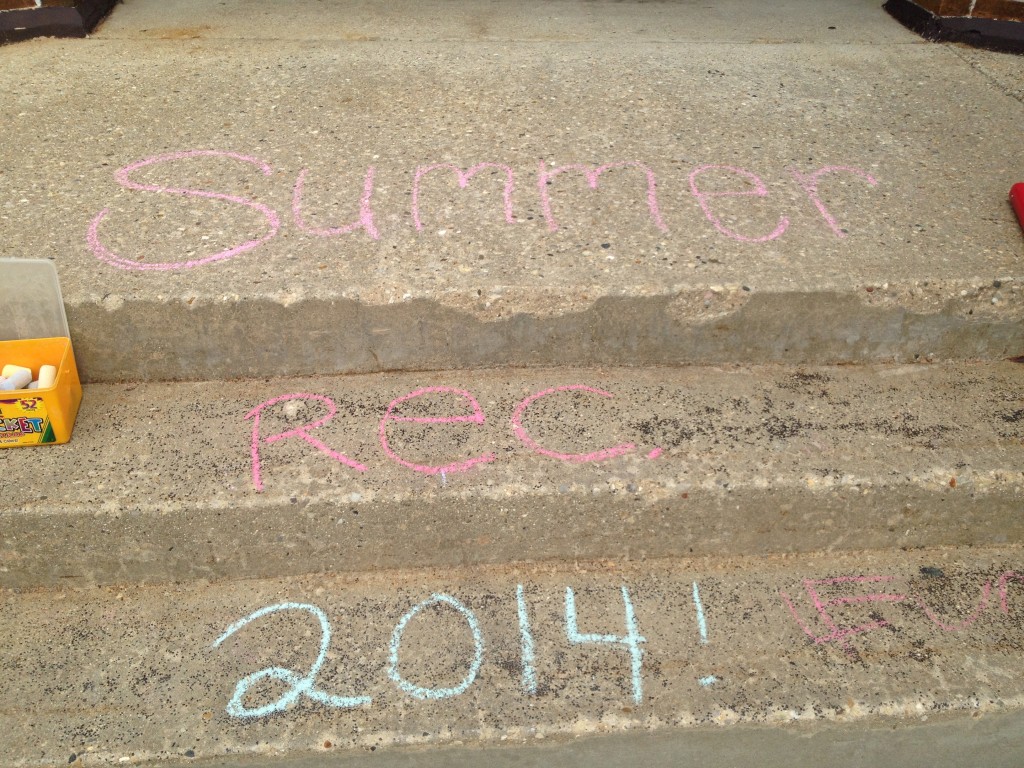