Apologies for missing my last couple of blog posts! It’s been quite the past few days at Summer Rec! I’ll write about both Tuesday and Wednesday in this post.

On Tuesday we had a rousing tug-of-war competition! The kids switched around teams and competed for bragging rights of Summer Rec. There were many impressive displays of valor amongst the campers. 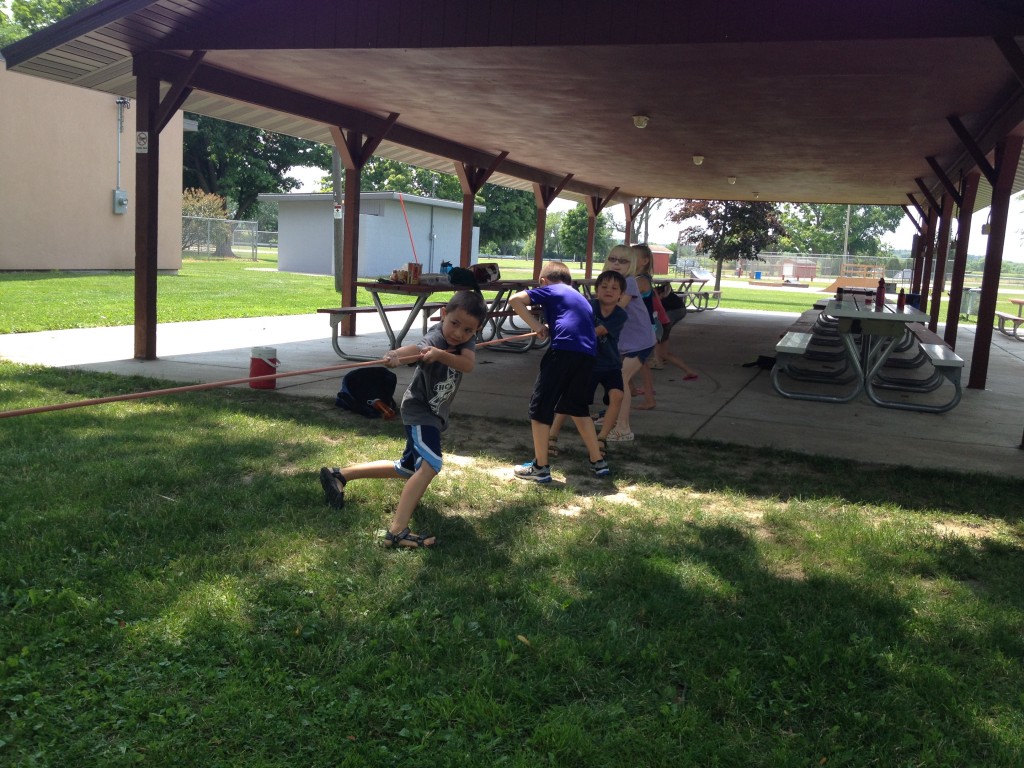 Using all of their might to tug that rope!

Koen kicks the ball to get a base run! 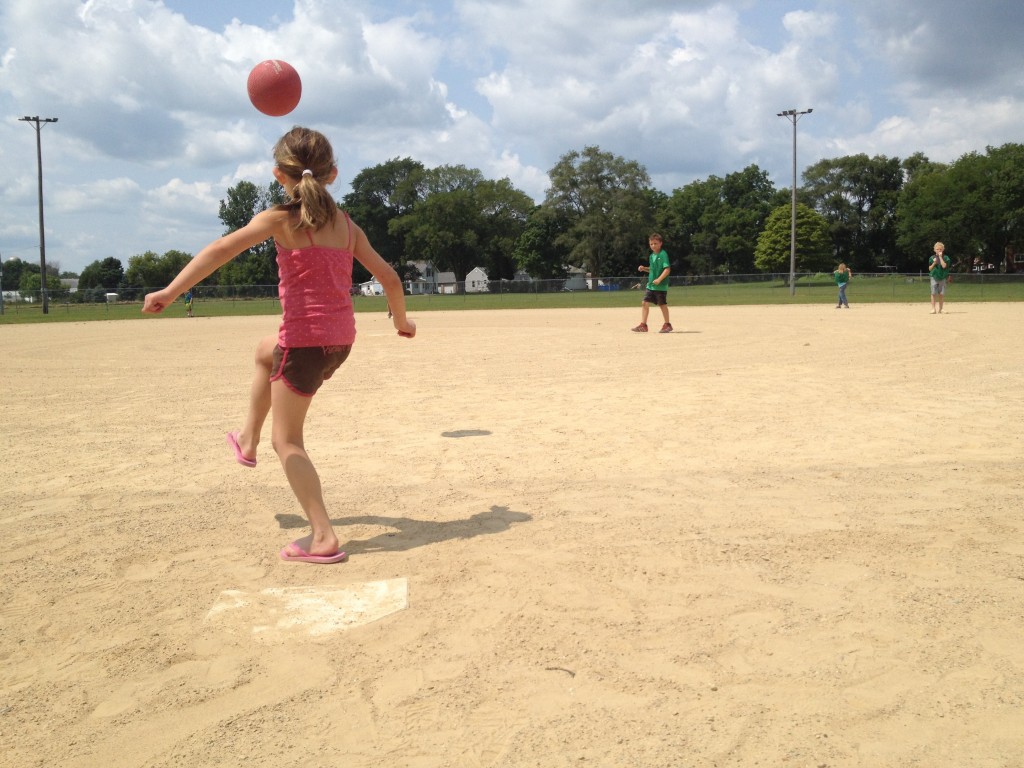 Alexa goes for the high ball. 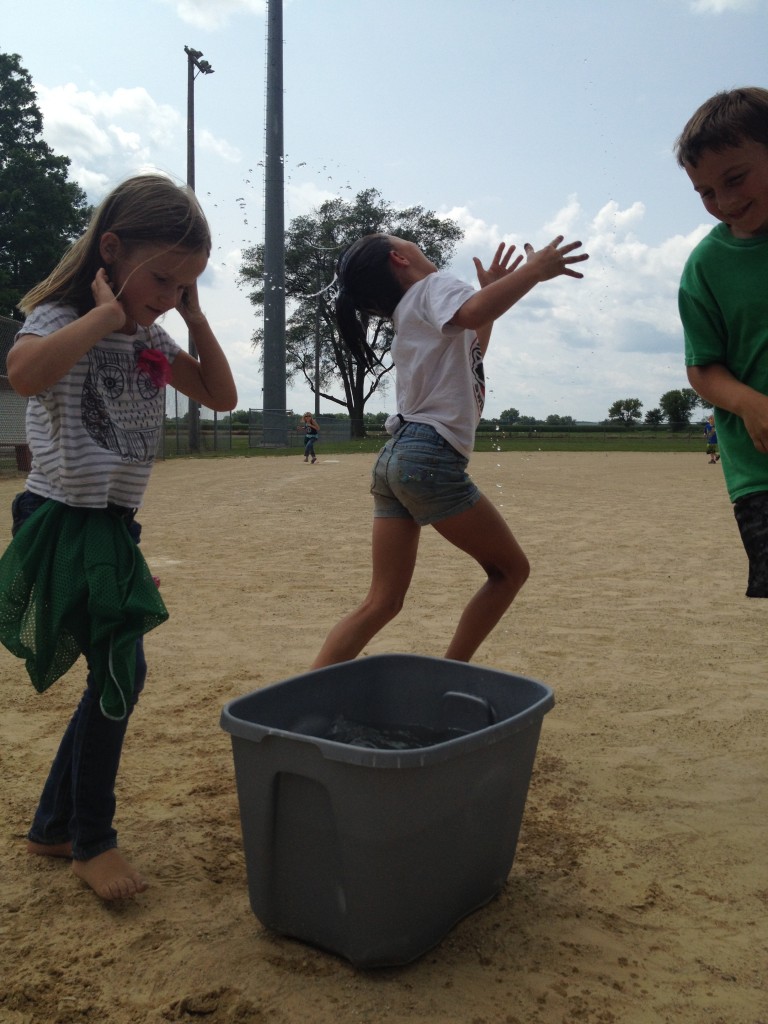 Tori is the first to soak her head. Madeline and Jayce soon follow suit.

After that we had free time until it was time to head back to the Community Building.

On Wednesday we had our last day of planned activities in Brooklyn. We began the day with a craft of medal making. Each kid got to decorate their own Olympic medal with puff paint and markers. Puff paint takes an extraordinarily long amount of time to dry so we will use our medals tomorrow in our Olympic photo booth.

After craft time we made our way to Legion Park for some fun games. First we played “Drip, Drip, Drop,” which is a water-version of “Duck, Duck, Goose” (or if you’re an awesome Minnesotan like me: “Duck, Duck, Grey Duck”). At first a lot of campers were hesitant to get wet a second day in a row, but everyone got excited once the dripping and dropping began! 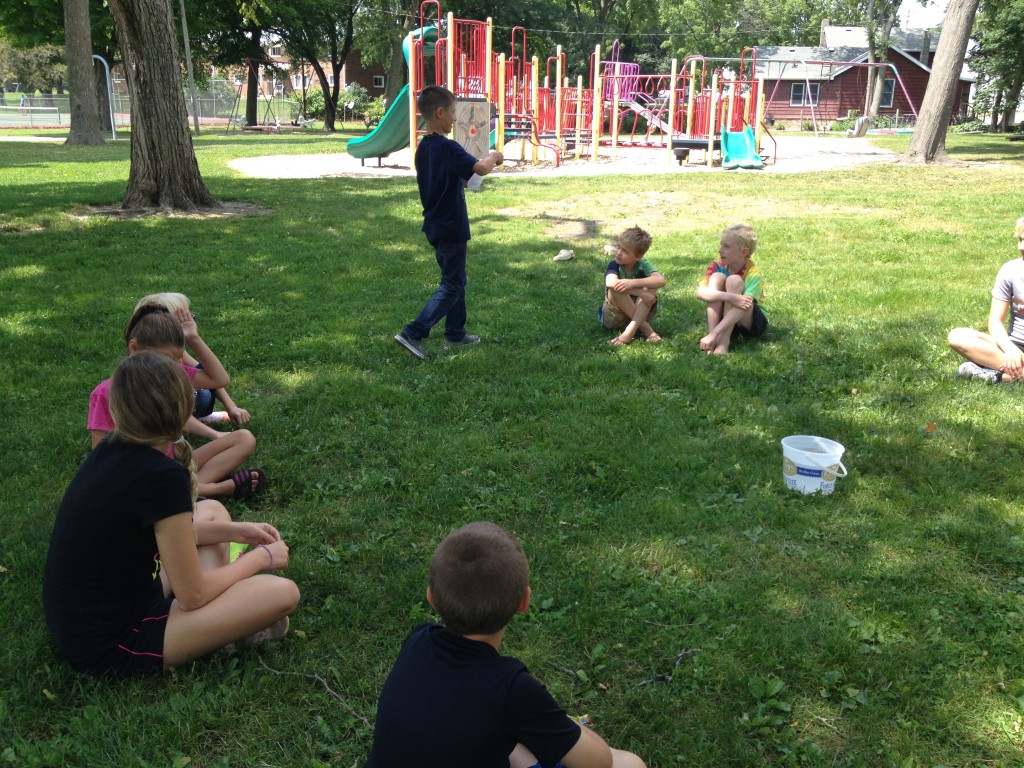 George makes his way around the circle with the water 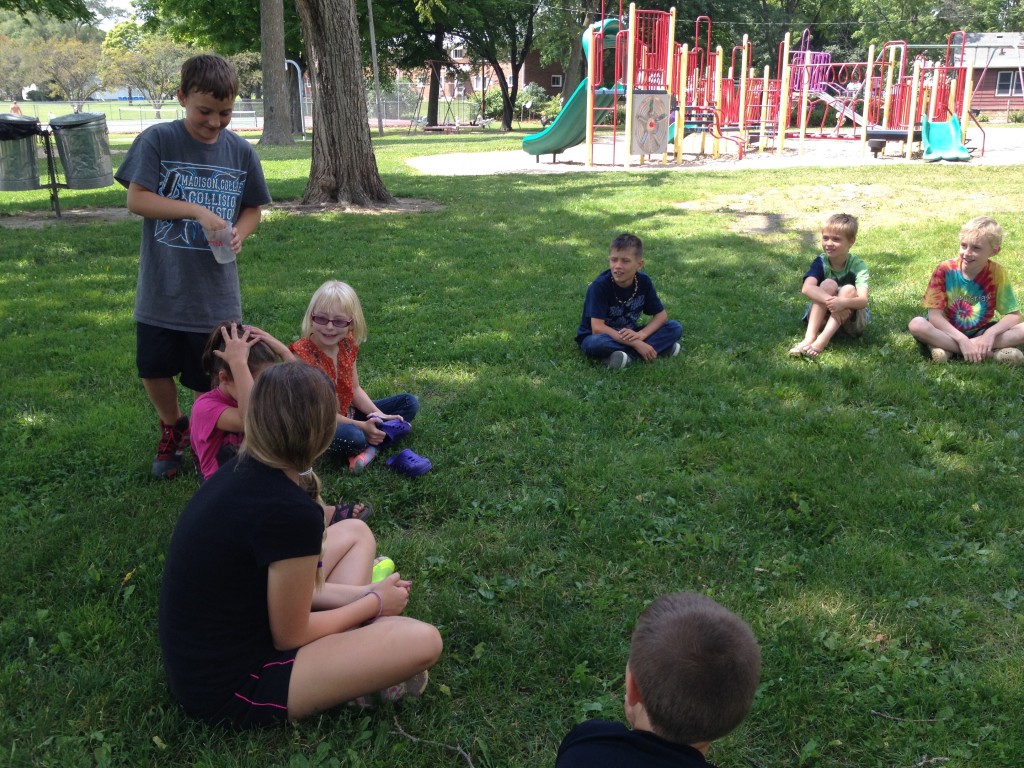 Jayce scheming about who to drop the water on

After that game we had an epic relay around the park. Kids teamed up into groups of four to complete the stations: ultimate hopscotch, leap frog, jump rope, high knee hula hoops, wheel barrows, somersaults, hula hooping, and a laser maze!

Quentin is careful not to touch the “lasers” 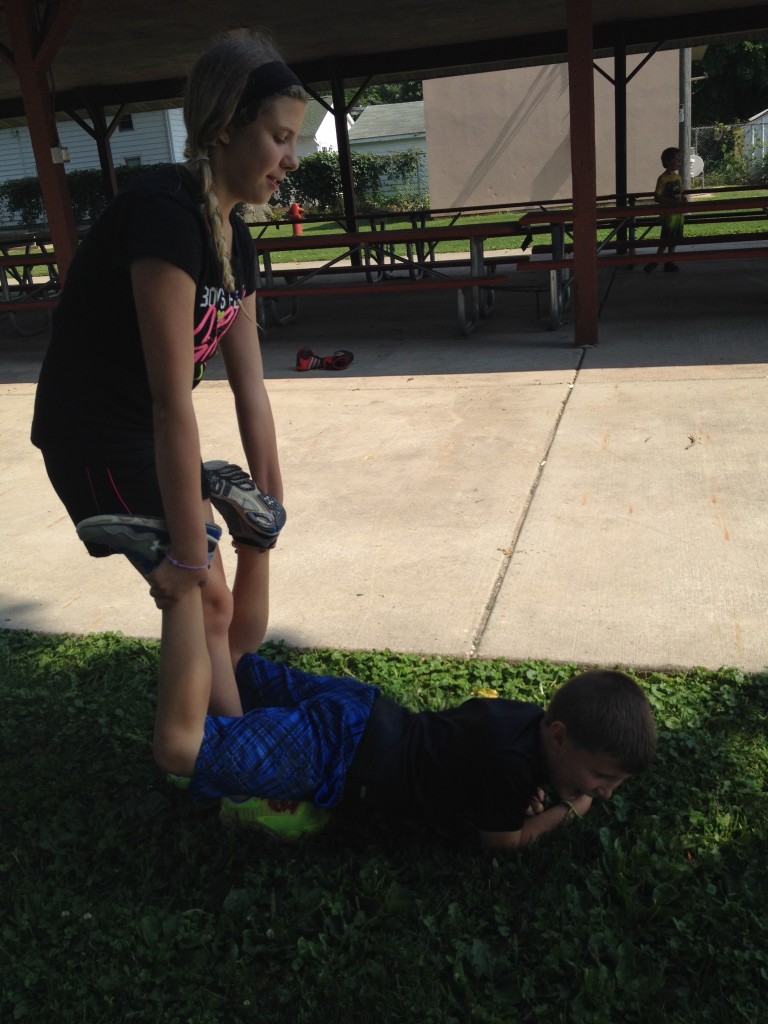 Taylor and Brady wobble in the wheelbarrow race 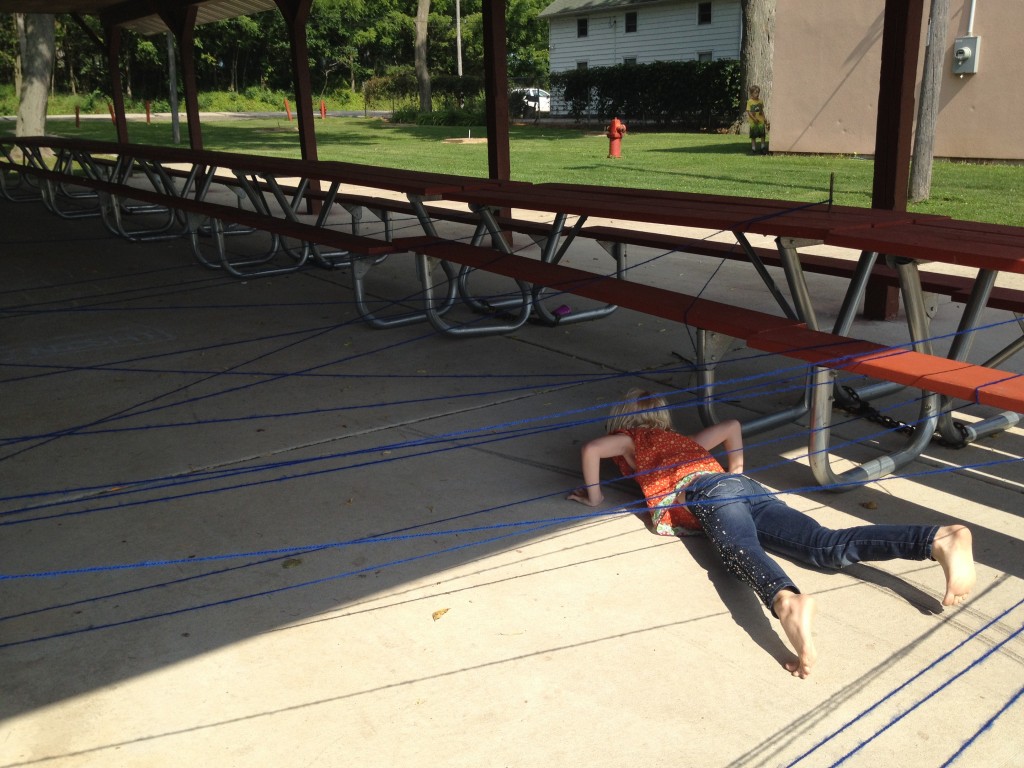 Grace maneuvers through the maze.

Don’t forget about the Brooklyn Summer Picnic tomorrow evening after camp! Be at Legion Park at 5:30 for light refreshments and certificates of completion. Hope to see you there!