Today we played backyard games. We had twister on the grass, it was spray painted on and that was by far the favorite game we played! We also had a tic-tac-toe game where they had to throw sponges of to mark their spot on the board. Another game we played I dont have a name for…yet. There were two teams of two and they had to hold a volleyball between each other facing back to back. They could not let the ball drop on the way to the finish line. That ended up being fun as well.

There was a volleyball game and lots of other fun games going on at the park yesterday!

Thursday we will have an Independence day theme happening with more crafting going on, so all those crafters out there better get ready!! 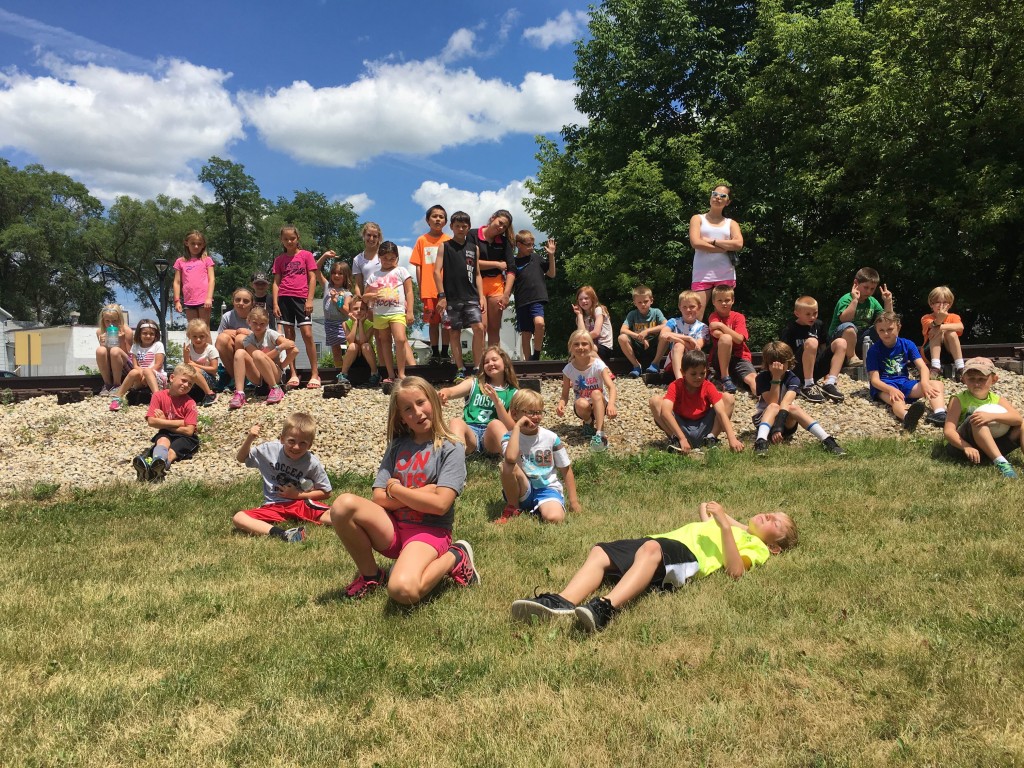